Have you ever heard that before? This holds true for even more than just feelings. This is a principle that applies also to fitness. If you want to be fit, act like it. 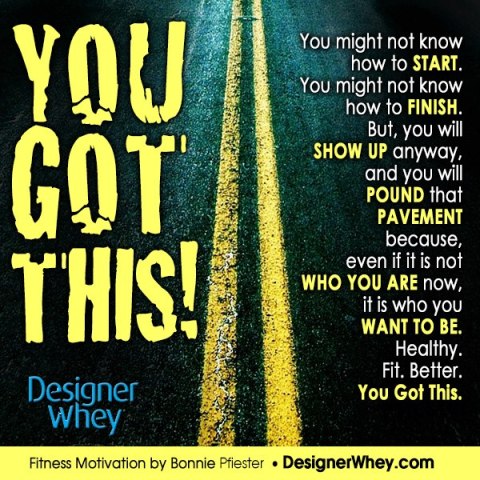 Someone recently asked me how to become a runner. My answer was “start running”. Of course I don’t expect them to run 3 miles straight, but they have to TRY. A new runner runs as long as their body is physically capable. Then they will have to walk and catch their breath. Then they’ll go right back to running as long as they can until they have to walk again. Basically, they are interval training – rotating high-intensity running with low-intensity walking. The more they do it, the less they’ll walk and the more they’ll run. Before they know it, they are running non-stop.

If you act fit, you will BE fit. Plain and simple. Starting acting like who you want to be today. Be proud of who you are NOW – because you know who you are becoming!